A new study whose results were published in the International Journal of Antimicrobial Agents has found early evidence that the combination of hydroxychloroquine, a popular anti-malaria drug known under the trade name Plaqenuil, and antibiotic azithromycin (aka Zithromax or Azithrocin) could be especially effective in treating the COVID-19 coronavirus and reducing the duration of the virus in patients.

The researchers performed a study on 30 confirmed COVID-19 patients, treating each with either hydroxychloroquine on its own, a combination of the medicine with the antibiotic, as well as a control group that received neither. The study was conducted after reports from the treatment of Chinese patients indicated that this particular combo had efficacy in shortening the duration of infection in patients.

The patient mix included in the study included six who showed no symptoms whatsoever, as well as 22 who had symptoms in their upper respiratory tract (things like sneezing, headaches, and sore throats, and eight who showed lower respiratory tract symptoms (mostly coughing). 20 of the 30 participants in the study received treatment, and the results showed that while hydroxychloroquine was effective on its own as a treatment, when combined with azithromycin it was even more effective, and by a significant margin. 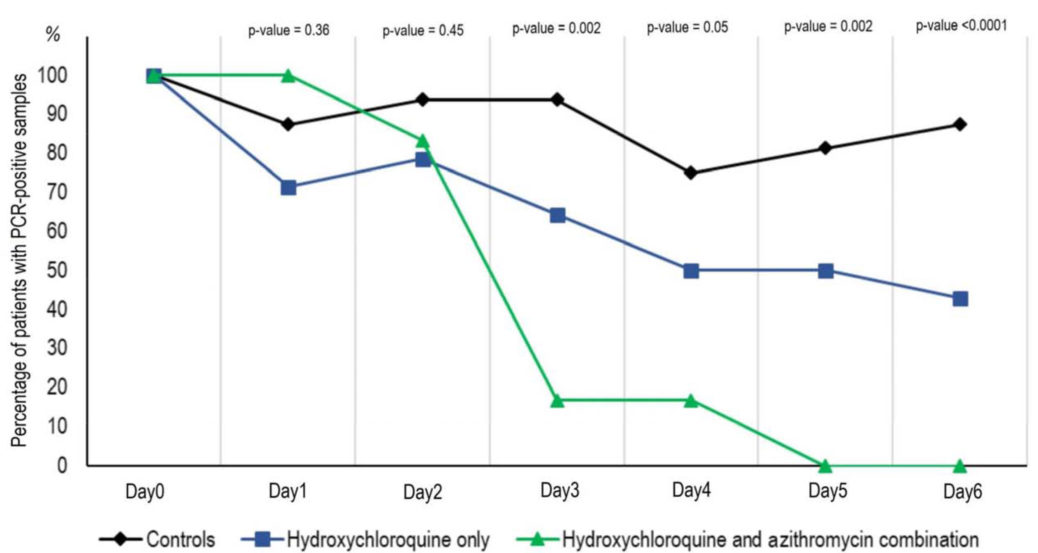 These results represent a limited study with a small number of patients, but they are promising, especially when combined with earlier reports from patients in China with the same treatment options. Researchers globally are testing a number of potential treatments, including a range of drugs used previously in the efforts to combat Ebola, SARS, HIV and other global outbreaks.

There are no confirmed effective treatments specifically for COVID-19 to date, but regulators and medical researchers everywhere are working hard to get through the process of testing and approvals in search of something that can at least reduce the duration or severity of symptoms in patients. Vaccine development is also underway, but any approved and effective COVID-19 vaccine is at least 12-18 months away, even with resources redirected towards developing one as fast as is safely possible.